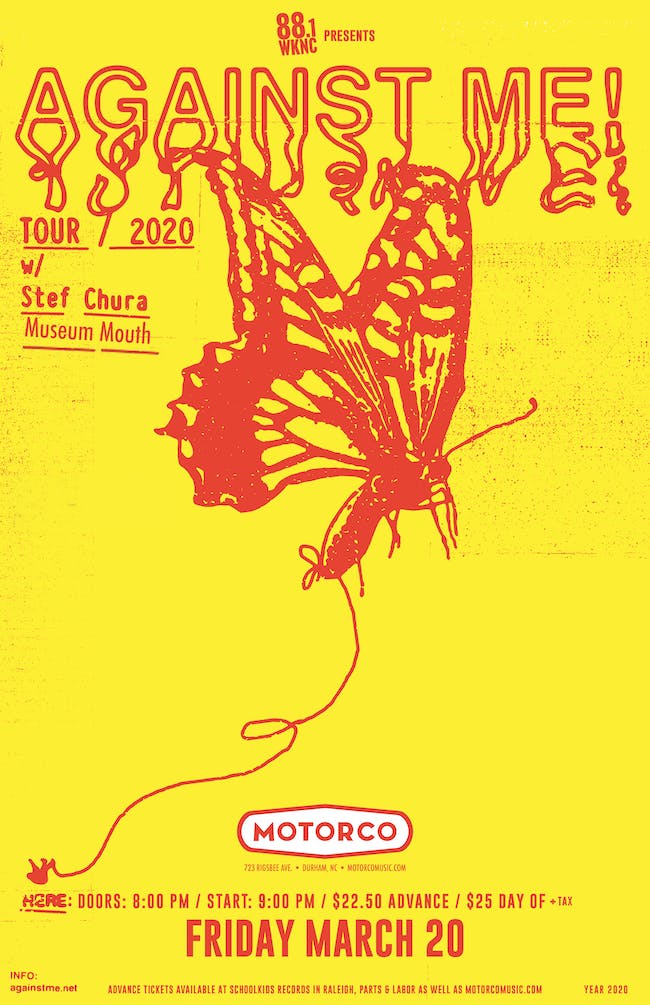 Four years is a measurement of time that America has used for centuries to indicate change. Presidential terms last four years; high school diplomas and college degrees typically take four years apiece, too. It’s not an arbitrary thing, either: It typically takes that much time from the declaration of something changing for it to actually change.

Meet Laura Jane Grace. Four years ago, the Against Me! frontwoman came out as transgender; 18 months later, she released the band’s sixth album, the fiery Transgender Dysphoria Blues, one which she began working on before her transition and helped document the struggles she was facing. It was an intensely personal record that took on a life of its own, connecting with thousands of new listeners drawn to Grace’s honesty and complexity while still pleasing Against Me!’s dedicated fanbase.

Now, four years after Grace’s public reintroduction, Against Me! is ready to release their new album, Shape Shift With Me, September 16 on Total Treble. While much has changed in the lives of Grace and her bandmates—guitarist James Bowman, bassist Inge Johansson and drummer Atom Willard—in that time period, it’s clear that those intervening years have done wonders for creativity.

“Everything with Shape Shift With Me has been really about keeping momentum going,” she says. “In between every tour we did for Transgender Dysphoria Blues, I would have a couple songs I had written and we would demo them. At the end of two years of touring, we had an album ready to record. Usually, you come off of touring for a record and you're back at square one. But this was so fully formed it felt like there was no choice but to go ahead and record the songs.”

Shape Shift With Me has the distinction of the first album Grace has written truly from the heart, with no metaphorical cloaks cast over the lyrics. It’s an album about love, that deceptively complex emotion we all struggle with yet has somehow eluded most of Grace’s songwriting for the past 20 years.

“Tons of people have written about love. But while love is cliché, it’s infinitely relevant. For me, having always been in a punk band that was expected to be political, I never felt like I had that option to write about feelings in that way. That’s what I ended up being drawn to this time. It’s writing in a way I thought I could never write before, and not giving a shit about expectations.”

As such, Shape Shift With Me is a loose concept album about traveling the world and falling in and out of love, with Grace serving as the narrator. But even though she was opening herself up to new songwriting topics, she knew what her mission was from the start.

“Is there a record that is about relationships from a trans perspective?” she asks rhetorically. “There needs to be more records about trans rights and everything like that, but feeling like I already did that, I wanted to move on to write commentary on living from a trans perspective. I wanted to write the transgender response to the Rolling Stones’ Exile On Main St., Liz Phair’s Exile In Guyville and the Streets’ A Grand Don’t Come For Free. All those records are relationship records. There’s been an infinite amount of records talking about what love means from a cisgender perspective. I wanted to present the trans perspective on sex, love and heartbreak.”

With Grace’s new motivation came a new outlook on the band, as well. Previous albums found the songwriting process to be a largely solitary experience, but she embraced the spirit of collaboration for Shape Shift With Me—so much so that when Cody Votolato of the Blood Brothers sent her some demos of songs he was working on for another project, she became inspired and ended up co-writing “Boyfriend” and “Norse Truth,” two of the album’s most memorable tracks, with him.

“It was just about opening up to whatever comes my way karmically,” Grace says. “Whatever everyone in the band is willing to offer, I just wanted to be open to it. I didn’t want it to be like what it was in the past where it may have felt closed. I want it to be different.”

In a career already full of classic punk records, Shape Shift With Me feels like the definitive Against Me! album—it’s poppy and catchy (“Rebecca,” “Suicide Bomber”), aggressive and in-your-face (“ProVision L-3,” “Dead Rats”), sentimental and longing (“Crash,” “All This And More”). Moreover, it’s the culmination of four years of existence as Laura Jane Grace—there’s no going back now, so she might as well embrace it.

“David Bowie put out 27 full-lengths. Prince put out 39 full-lengths,” Grace remarks. “That is so inspiring to me—working, creating art, creating records and let everyone else sort it out. That’s what I’ve always wanted to do and that’s what I will keep on doing.” 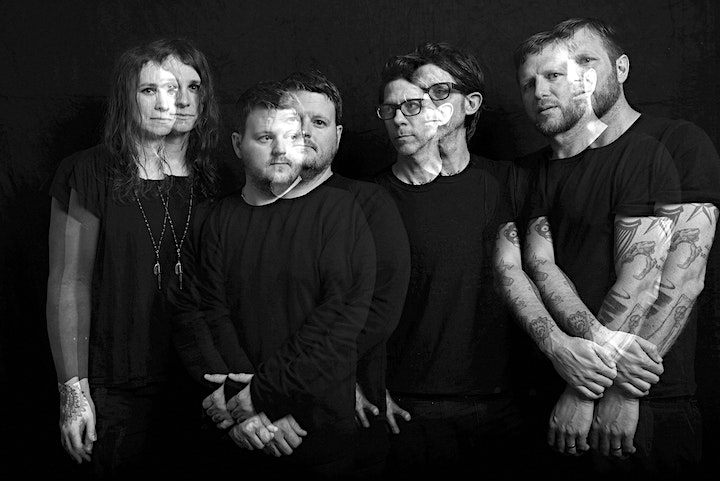 “For most people who create art I would assume there is some kind of deep unanswerable hole in your soul as to why you’re making it…” So says Stef Chura ahead of the release of Midnight, her gritty, vehement new album, recorded and produced by Will Toledo of Car Seat Headrest - and her first new collection of songs for Saddle Creek, out June 7th. Illuminating that search for answers with a fevered sense of exploration, Midnight is a bold leap forward from Messes, Stef’s contagious debut album, with every aspect of her new work finding bold ways to express itself as it rips through twelve restless and relentless new tracks. Today, she also shares the first single, “Method Man, ” a boisterous three-minutes that melds jagged, skewed guitars with a distinctive voice that has a new-found sense of confidence while touching on a vulnerable moment in Stef’s life. She also announces a North American tour in support of the new album. She explains “Method Man” below:

A long time ago I was pondering the literal words “Method Man” while listening to Wu-Tang. There was a person in my life that I had a confusing array of emotions for, sometimes I was in love with him, I admired and looked up to him, I thought of him as superior to me. He was older than me and I was a teenager. At that age I experienced a titanic amount of anxiety that usually expressed itself as silence.

This song was born out of a total frustration regarding a man who seemed “methodical” to me. He was literate. He waxed poetic. Almost someone…how do I say this…that you wanted to be condescending to you? As long as they were talking to you. He drank a lot of energy drinks and had this overall outlook that no one understood him. That he was in on some kind of cosmic secret that I couldn’t get. He smoked so many cigs it stained his fingers yellow.

He was always talking, and I was so enamored with this person. I was always nervous to reply. He would go on and on for hours. He sometimes would look at me and be like “oh maybe you won’t get this…. maybe you don’t get this.” I was too terrified to say much.

A couple of years on from the release of Messes, Stef is still based in Detroit, that most singular city which has seen it all, from the no-mans-land of its initial collapse through to the resurgent place it is now. Stef found inspiration from the people she surrounded with herself with, more so than the place itself. It’s no surprise that Midnight is testament to those kind of characteristics; a rugged and robust burst of defiance. “I’m usually dealing with the context of what I can’t say or haven’t said,” Stef says. “A kind of spiritual bondage that I would say most people, probably a lot of female bodied ones, put themselves through.”

Which is to say that if its predecessor was a raw, somewhat unadorned document of Stef’s work, then Midnight is the muscular, swaggering evolution. “This album has a depth to it and a particular sound because of Will,” Stef states regarding Toledo’s input, whose spiky nuances can be found across the length and breadth of Midnight, the record presenting an exhilarating rush of sound and color as Stef’s spirited vocal finds and signature guitar sounds unravel alongside in a thrilling meeting of ideas and influences; dispelling demons, song by song.

Equal parts thrilling and angsty, Midnight is a testament to the collaborative process, a record that makes the very most of those who came together to make it, but more than that, it’s a firm statement of tenacity and perseverance, of not resting on your laurels but leaping forwards no matter the situation you find yourself in. From out of one day and into the next. 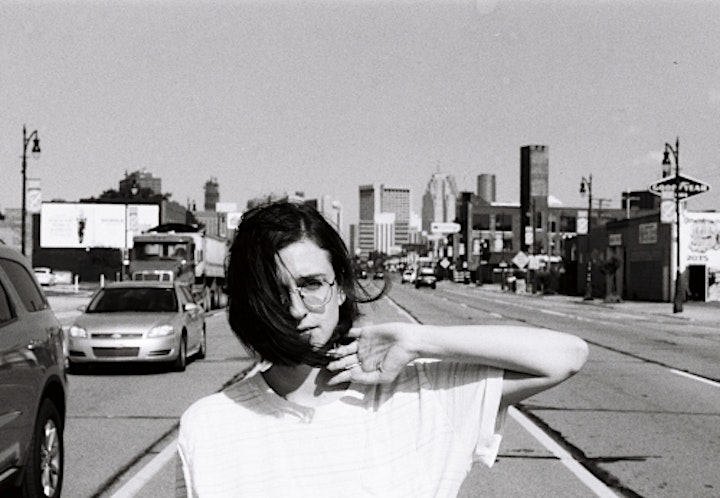 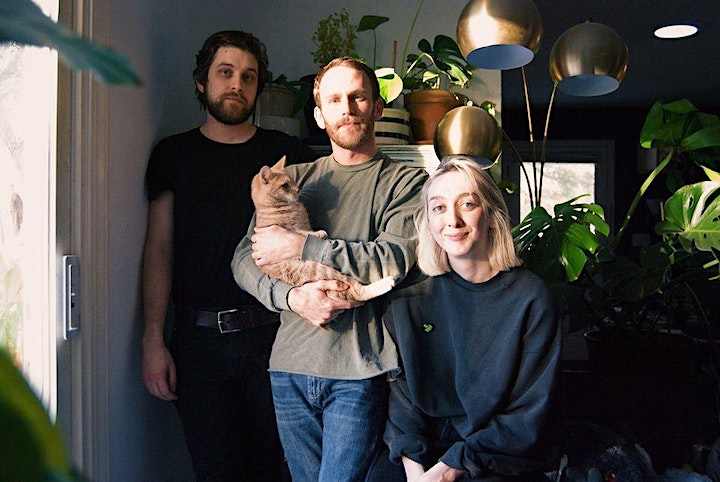