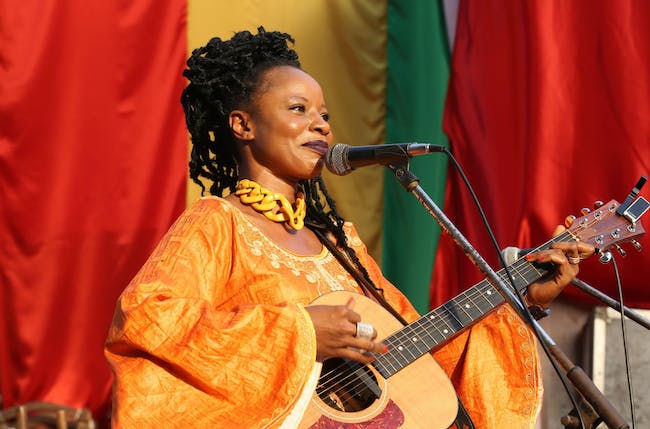 The 'Black Atlantic' package — which provides access to all six 'Black Atlantic' shows at Motorco, including performances by Natu Camara, David Virelles, Cha Wa, Etienne Charles, Cimarrón, and Orchestre Les Mangelepa — and single tickets, including $10 Duke student tickets, are now on sale. Packages and single tickets can be purchased online, via phone at 919-684-4444, and in person at the Duke University Box Office, Tuesday through Friday, 11 AM to 6 PM.

Sona Jobarteh has regretfully cancelled her performance on Monday, April 6, as part of our annual Black Atlantic series. Natu Camara, a brilliant artist from Guinea, will take her place.

In Conakry, a sprawling legion of Natu Camara’s adoring fans regard her as “the Tina Turner of Guinea.” In her music and during high-octane shows, the impassioned singer-songwriter substantiates the weighty nickname. In the early 2000s, Camara led West Africa’s first all-female hip-hop group, the Ideal Black Girls (IBG). Years after releasing Guinèya Moumonèra (It’s Not a Shame to Be a Woman) — a multiplatinum opus advocating for women’s rights — as a member of IBG, the dynamism of Camara’s musical evolution is revealed in Dimedi (“Child” in her native language, Susu), an inspirational solo debut underscoring the significance of children having positive role models. Singing in five languages, Dimedi showcases Camara’s unique blend of afro-rock, pop, and soul that speaks to the range of heroes influencing her individual sound: Miriam Makeba, Nina Simone, Fela Kuti, and Baaba Maal. 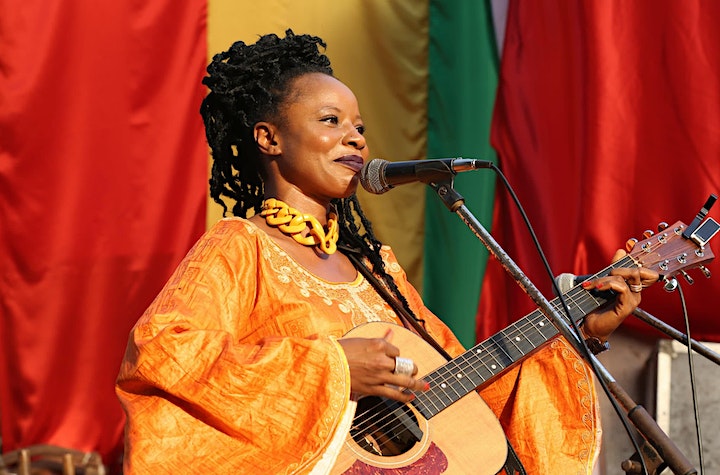