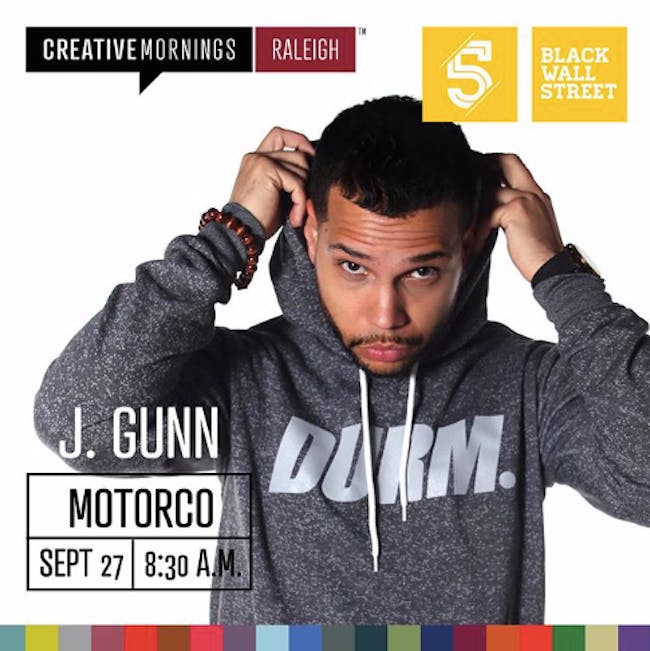 iCal
Google
CreativeMornings is a breakfast lecture series for the creative community.

about the speaker, Joshua Gunn

Durham, NC’s native Joshua Gunn represents the crux of what some refer to as the “Creative Economy.” A well respected hip hop artist, an entrepreneur, a community organizer and an executive with the Chamber of Commerce; those are things that don’t often wind up in the same sentence. Gunn has managed to seamlessly merge these worlds, without trading one for another, and using his creative and performing arts skills in spaces that don’t traditionally fit the “Creative” box.

As a hip hop artist Joshua Gunn, aka J.Gunn, has been a fixture in the Hip Hop scene since he was 11 years old, spawning success as a “freestyle battle” champion into a career that includes the classic album “Perfection Xperiment 2” featuring production from Grammy Award winning producers 9th Wonder and Nicolay, which he released at only 15 years old. Gunn followed this with 3 critically acclaimed solo albums, two world tours, and has performed in over a dozen international countries including Spain, Germany, The Netherlands, Korea, Jamaica, and consistently selling out shows throughout the United States. In 2012, Gunn entered into a partnership with legendary artist MC Lyte to write and produce music for television and film, eventually spinning off into his own company Red Eye Lifestyle. 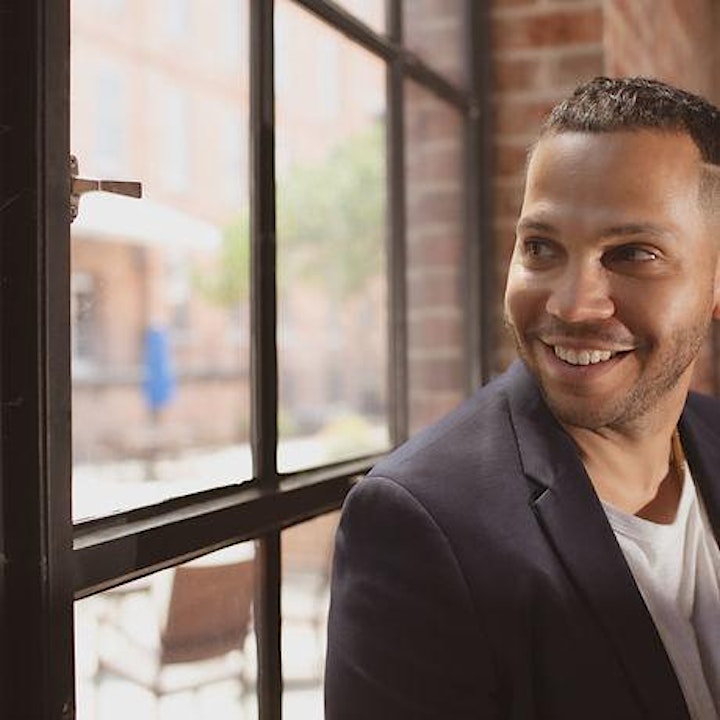