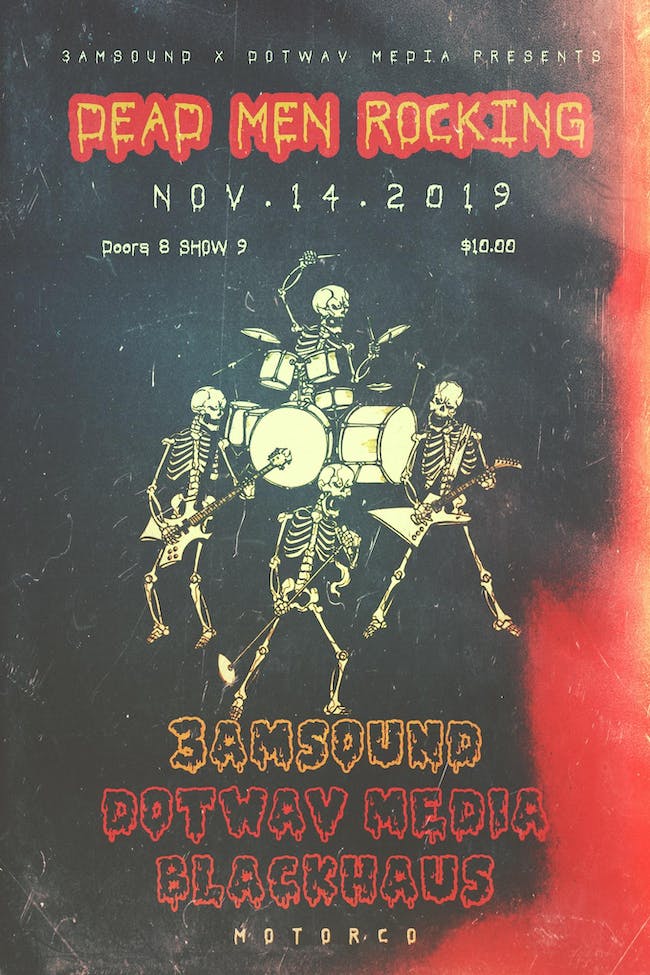 Inspired by the erratic thoughts that race through minds at three in the morning, 3AMSOUND articulates the roller-coasters of pain, love and hate. Inspired by Andre 3000, Dipset and Lil Wayne, his trap-melody flow can be considered deliverance from love lost, and provides solace from a conflict-ridden night out. Compared to 6lack, Tory Lanez, and Travis Scott, 3AM’s music is the “chaser” to a wild night, delivering melodic trance rides breaking down the real. Using his creativity to set himself apart, his lyrics are infused with real life emotions, relationships and joyous moments.

DOTWAV is a 6 piece punk rap band. Combining rappers, guitarists, singers, and a drummer with a DJ/ keyboardist, they experiment with a range of sounds, from R&B to alternative rock. Each artist brings their own genre to the table with lyrical inspiration from their individual perspectives.

Hailing from Greensboro, NC, Collin, Taylor, Jeffrey, Patrick, and Siid come together for their love of music as BLACK HAÜS. The underground scene of the small college city began blooming around them, as BLACK HAÜS began to be known for their loud ass instrumentalism with always the right mix of soul and screams.

Genre-bending as much as their individual personalities, this 5-piece group leans on the likes of the experimental golden age of post-hardcore (specifically a toast to midwest poetic headbangers) and the West Coast alternative/rap boys of today to blend together something totally their own. From melancholic to ultra hype, they methodically string in outbursts to create a layered, emotional experience by song, “RUN IT BACK” is their first studio-recorded single.