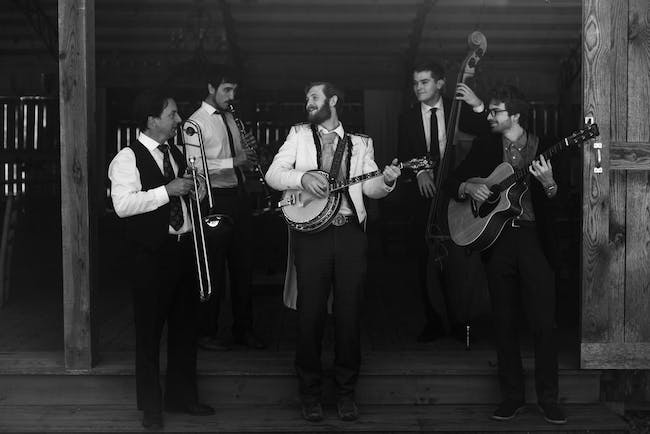 Ellis Dyson & the Shambles expertly blends old-time influences ranging from early New Orleans jazz to Piedmont murder ballads. The result: foot-stompin’ and eccentric original songs that bring party music of departed eras to crowds both young and old. The Shambles have made waves with their theatrical live shows and dazzling musicianship. The original compositions evoke a bygone era while contributing to the vast tradition of storytelling through songwriting. The group released their 3rd full-length album “Greetings from Shambylvania” in April 2019. The album, deliberately written as a full group, is a series of whimsical vignettes from the fictional town of Shambylvania.

Ellis Dyson & the Shambles have performed hundreds of shows throughout the east coast and midwest and have shared a bill with national acts such as Lake Street Dive, Rebirth Brass Band, Pokey Lafarge, and Mipso, to name a few. The band consists of Ellis Dyson (banjo, vocals), Eli Wittmann (acoustic guitar), Butler Knowles (upright bass), Danny Abrams (soprano/alto/baritone saxophones, clarinet, vocals), and Danny Grewen (trombone, vocals). They came together through a series of fortuitous meetings in Chapel Hill, N.C. Beginning back in 2013 as a saxophone and banjo duo, Ellis Dyson & the Shambles has grown into a freight train string band with a flashy horn section. 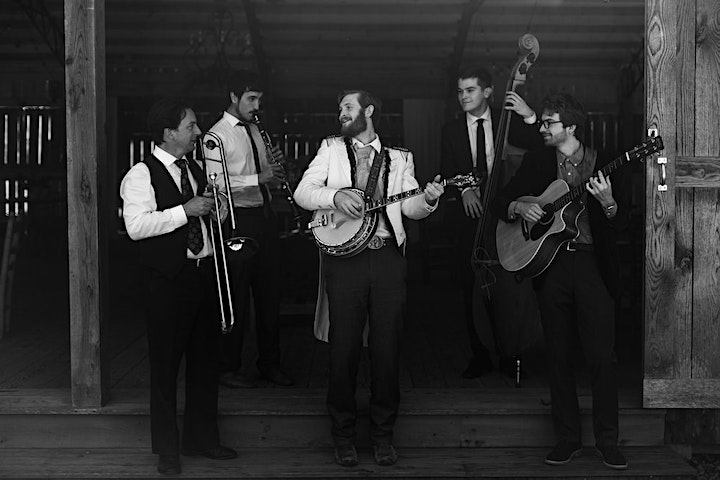 DownTown Abby & The Echoes captures the spirit of old soul while emphasizing its youthful energy and fresh songwriting.

Taking influence from the work of the titans of soul, blues, and southern rock, the Asheville, North Carolina-based band brings its fresh take on soul to an ever-growing fan base. Recently named the FloydFest 19 On-the-Rise Series winner, DownTown Abby & The Echoes has never been more focused on its mission to bring funky, dance-inducing original tunes to the Southeast's most popular festivals and music venues.

The band’s powerful vocals and groovy rhythm section is a must-see for all ages and musical preferences. 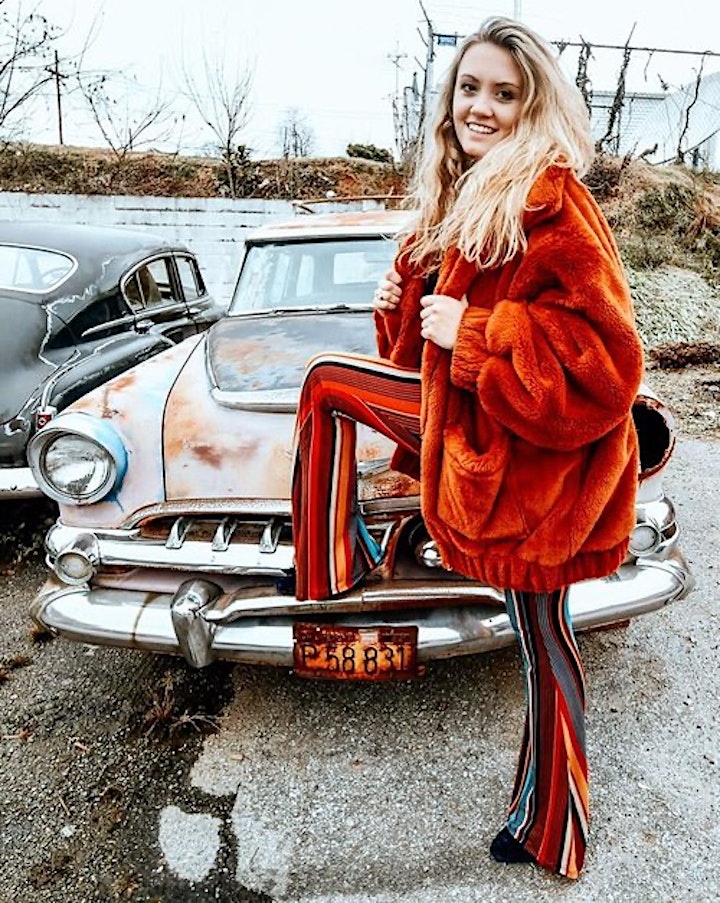