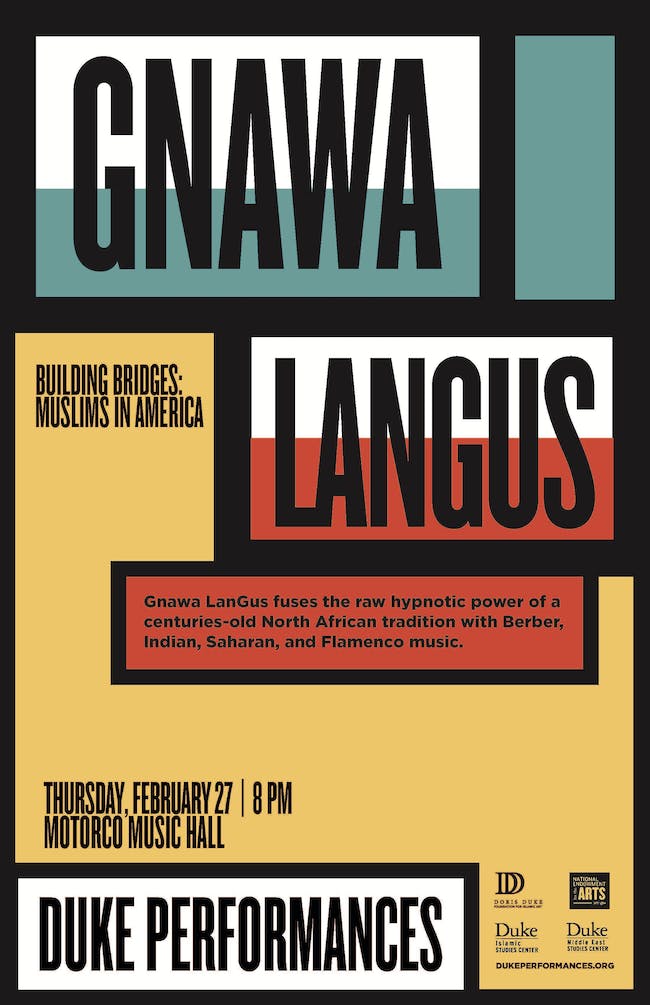 The Gnawa blended their own traditions with native religious beliefs — just as displaced sub-Saharan West Africans did in the Americas — and healing music was created for private use by a community that was not permitted to directly observe their relationship with Allah. Played with percussive instruments, Qarqaba (large iron castanets), polyrhythmic clapping, and a three-stringed, bass lute-like sintir — Gnawa music draws on an abundant African-Islam history of ritualistic music believed to heal people possessed by jinn, or spirits. Gnawa LanGus, led by sintir master Samir LanGus (founder and bandleader of the GRAMMY-nominated Innov Gnawa), fuses the raw hypnotic power of the utterly singular and centuries-old North African tradition with Berber, Indian, Saharan, and Flamenco music. In its concert at Motorco Music Hall, the culmination of its weeklong Building Bridges residency, the ensemble showcases “a familiar musical idiom that can connect different worlds—the francophone with the anglophone, the trans-Saharan with the trans-Atlantic, [and] Africa with the Orient” (The New Yorker).

Gnawa LanGus is presented as part of Duke Performances’ Building Bridges Initiative, funded, in part, by the Doris Duke Foundation for Islamic Art & the National Endowment for the Arts, & co-sponsored by the Duke Islamic Studies Center & the Duke University Middle East Studies Center. 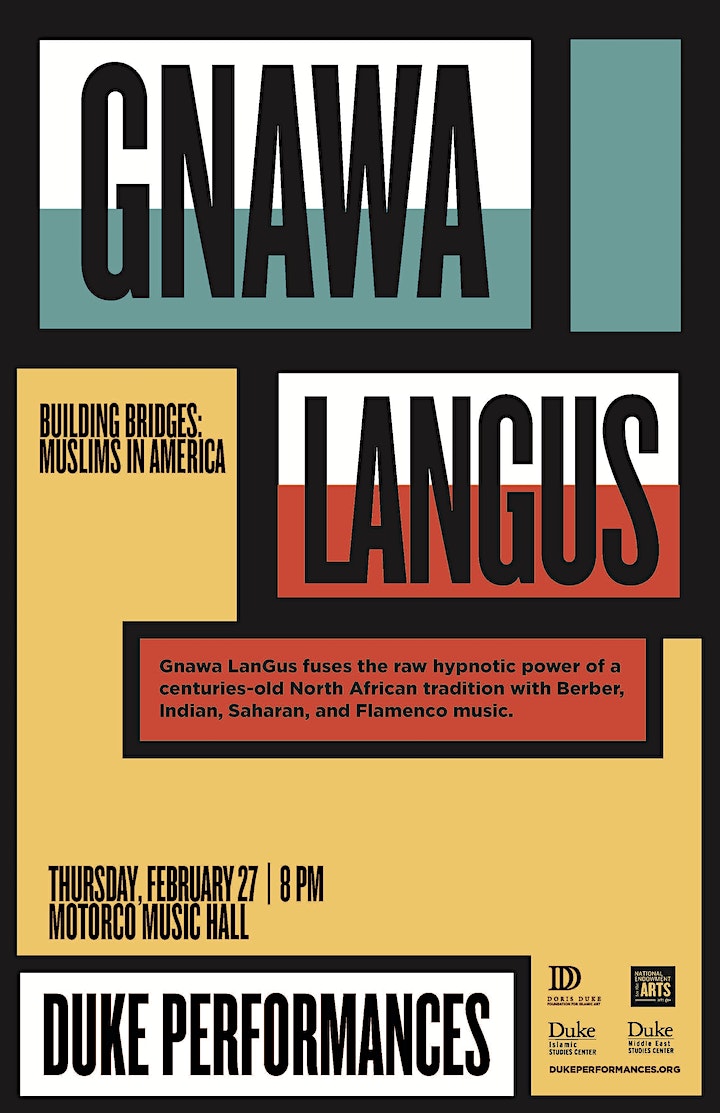