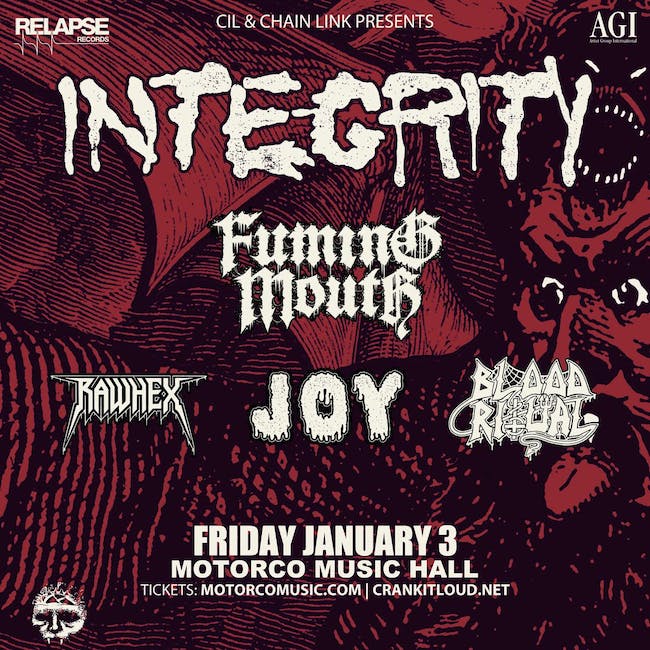 jIntegrity is a hardcore punk band originally founded in 1988 by vocalist, musician, lyricist and visual artist, Dwid Hellion. Integrity relocated to Belgium in 2004.

The band has a rich history in underground hardcore and metal-related music, appearing on nearly fifty recordings since 1988 (including 12 full-length albums and several EPs, reissues and compilation appearances); Integrity have had a strong live presence since their formation, having played hundreds of shows including numerous global festival appearances.

Their sound is known for a mix of hardcore punk and heavy metal with dark religious undertones, prominent use of lead guitars and solos, harsh vocals, occasional sampling and unusual influences such as industrial, noise and experimental music.

Lyrical themes include religion, the supernatural, art, philosophy, horror, as well as mental illness and the occult.