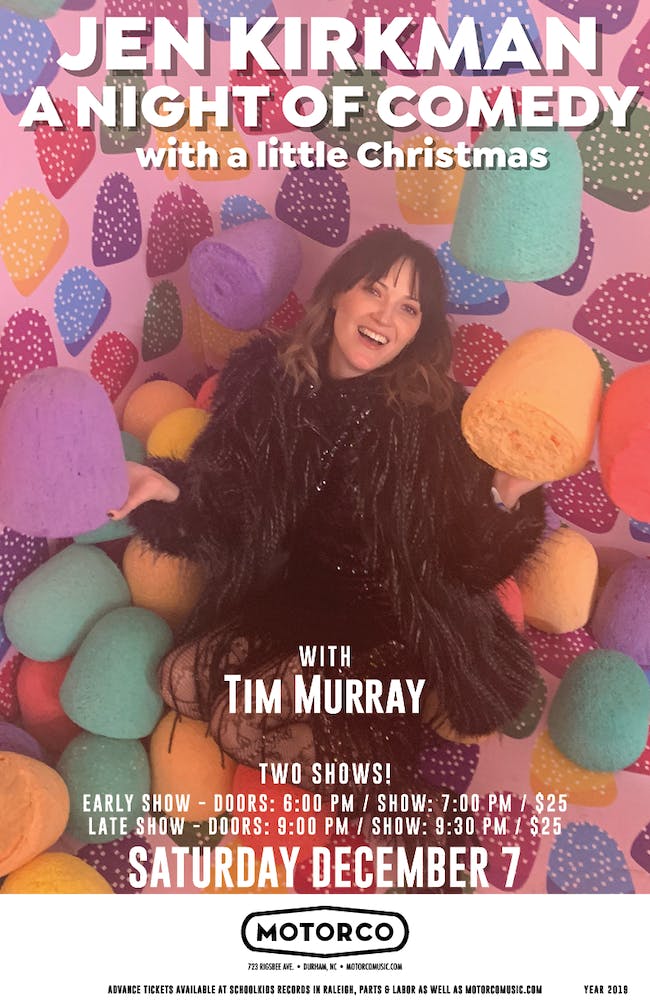 Jen Kirkman is in town with stories and jokes that you have not already seen on Netflix! And since it’s almost Christmas there will be some Holiday themed stuff, giveaways, and good cheer!! Jen will be selling and signing books after the show as well!

“Shorter observations provide the grouting between excellent extended anecdotes... it is gut-bustingly hilarious too.” - The Evening Standard UK

“Her act has the feel of that wonderful moment at the end of a party when you are left alone to gossip with your best friend about the horrible and ridiculous things that just went on. Though delivered in an effortless conversational style, her comedy has the meticulous detail that can come only from repetition and experience.” - The New York Times

Tim is originally from Sandusky, OH... The greatest place in the world, especially if you are a lover of the movie "Tommy Boy".

​Tim is an LA based Stand-Up Comedian, writer and actor who has been seen in Voldemort and The Teenage Hogwarts Musical Parody at The Edinburgh Fringe Festival and soon in London's Off-West End. He also originated a role in the New York Times' Critic's Pick 50 Shades the Musical.