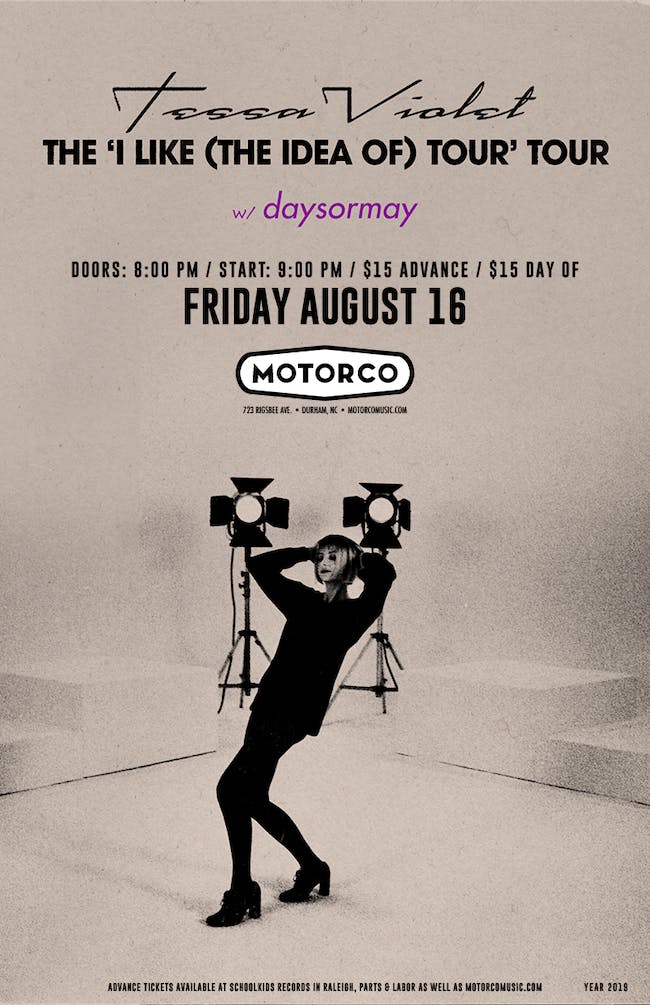 Last year Violet released “Crush” - the first single from her forthcoming album Bad Ideas. In the time since her last three singles have exploded, Tessa has gone from an acoustic-leaning solo artist, to an inspirational female fronting a shredding live band (anchored by baddass drummer Jess Bowen). Although her recordings are competitive modern productions which perform well on playlists, her live show has a raw organic energy that is intoxicating. She sold out her first ever headline shows (The Troubadour in LA; and Mercury Lounge in NYC; two show at Camden Assembly Hall in London) and finally achieved her goal of bonafide rock queen when she was offered her first festival slot at Lollapalooza (incidentally selected by Billboard as one of the 10 new festival acts to look out for in 2019). In addition she was tapped for main support for AJR’s west coast leg on their Neotheater tour this September, and COIN’s US tour earlier this year in February. The sole songwriter on all but one of her releases, Tessa Violet is one to look out for.

daysormay is an alternative trio from Vernon, B.C. Canada who continue to shake heads with their epic sounds and impressive songwriting chops. Unsatisfied to churn out simple three minute rock standards, they continue to challenge their craft by hiking to new songwriting heights and attacking each new live show with the relentless energy of a band on the verge.