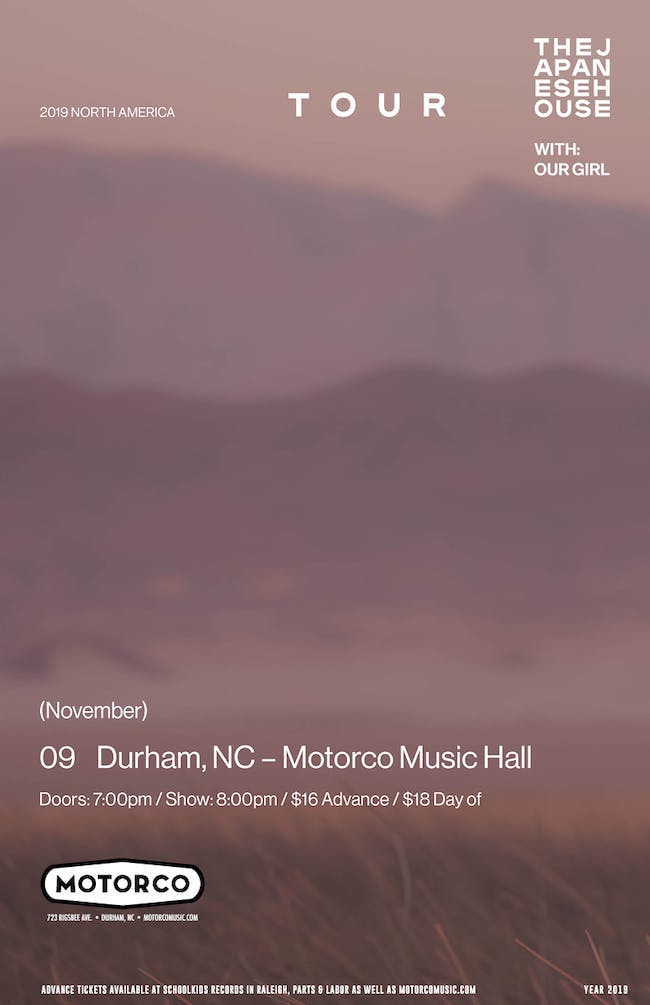 Already have tickets but can't make it? Still need tickets to this sold out event? use LYTE to safely sell and buy ticket - here

About The Japanese House

The Japanese House is an English indie pop act from Buckinghamshire consisting of solo artist Amber Bain. She has released four EPs; Pools to Bathe In, Clean, Swim Against the Tide, and Saw You in a Dream, through Dirty Hit. She has also released one full-length LP Good at Falling. 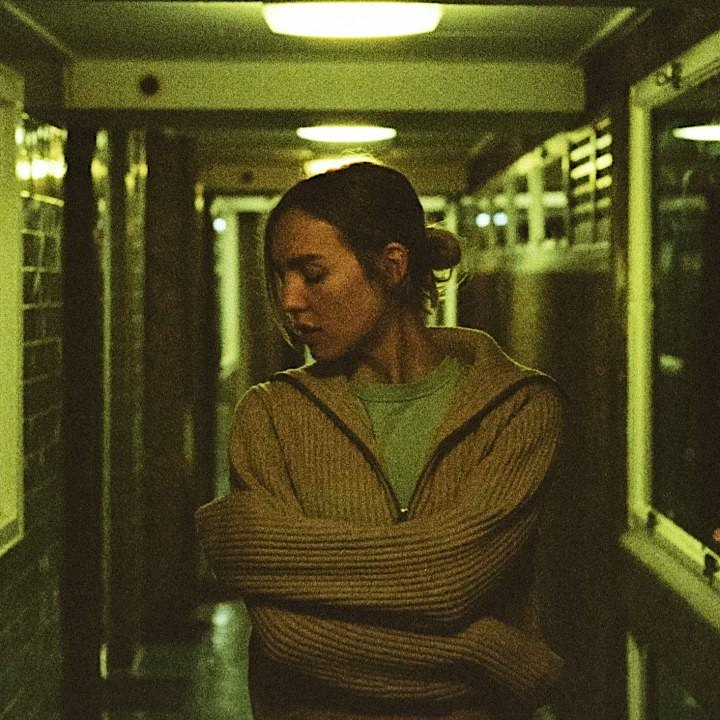 The best bands thrive not just because of their songs, ambition, or however much groundwork’s already been laid. Equally crucial is their dynamic: the way each member coils themselves around the other, allowing someone at the front to thrive, while the background whirrs with its own invention.

At first, it’s difficult to pinpoint exactly what makes Our Girl so special, or why the Brighton-formed, London-based trio’s music stands out within a busy crowd of fellow guitar-wielding-types. But if an explanation didn’t jump out when they first emerged with a debut EP of mighty fuzz-soaked songs in November 2016, it surfaces with Stranger Today, a debut album of personal, emotional juggernauts that could have only been made by these three people: Guitarist / vocalist Soph Nathan, bassist Josh Tyler and drummer Lauren Wilson.

Since forming in Nathan and Tyler’s Brighton home four years ago – Wilson joining as a late recruit when she was wowed by a demo of their self-titled debut track, and Stranger Today’s opener – Our Girl’s members have only had pockets of time to work together. A day booked in a local studio here, a soundcheck there, full-time jobs and other projects meant the three rarely had a concentrated, collective patch. This changed in September 2017, when they stayed in Eve Studios in Stockport for a week, recording with Bill Ryder-Jones. Upstairs they slept in single beds, “like being on a school trip,” Nathan remembers. Downstairs was a paradise of studio wizardry, “freaky, reverby rooms” where Nathan and Tyler could spend hours getting lost in guitar effects. “They were just gone. Mentally, spiritually, psychologically – they’d transferred over to the other side,” Wilson jokes. She remembers trying to sleep one night and hearing “doomy noises” creeping in from under the floorboards.

It may not have been conducive to a good night’s sleep, but their week in Stockport became a crucial catalyst for what would follow. Ryder-Jones is a guitar virtuoso himself (“He did stuff neither me or Soph had ever seen anyone do before,” Tyler remarks), and he became an unofficial fourth member of the group, layering guitars, giving advice, and even offering the occasional pep talk: During the recording of ‘Level’, emotions were running high and they’d hit a “bit of a bump”, in Wilson’s words. Ryder-Jones picked up on their reservations, walked upstairs, and told them: “‘What you’re doing is really important, and I want you to remember that.’” His words meant something, Soph expands, “not because [the album] will change the world, but because of what it means to us as people, and what we’re experiencing together. I feel moved when we play it together – it means a lot to us.”

Stranger Today is a special debut for several reasons: First, because it’s the sound of a band beginning to grasp their own value and place in the world, one pep talk at a time. Secondly, because you can hear the trio’s hunger to finally get in the same room and put to tape years’ worth of scrapbooks, half-finished ideas, and a slowly-forming feel for how their first album would actually sound. “What band isn’t itching to make their debut? But it’s quite frightening, knowing you’re about to do it,” Wilson remembers.

The real clincher, however, is Our Girl’s dynamic, and how it plays out across Stranger Today. Best friends in person, the trio share the same close kinship and chemistry on record. On one side is Nathan’s visceral lyricism, which has a habit of detailing and chipping away at precise moments; the first heart-flutter of a new crush; the moment a long-term friendship begins to ebb away. Around her, Tyler and Wilson’s rhythm section carefully mirrors each feeling Nathan conveys. When she sings pointedly about love (‘I Really Like It’), she’s backed by a major-key afterglow. When the subject turns on its head (‘Josephine’), out steps a wall of taut, earth-shaking noise. They each “serve the song,” in Wilson’s words, moving in sync but with their own personal slant. Not least on the closer ‘Boring’, where all restraint is thrown aside and the trio let out one final, violent thrash. They inhabit a space bigger than the first loves, sleepless nights and growing pains that define this record.

Nathan remembers being in Brighton four years ago, shortly after Our Girl formed, and realising, “I was finally in the band I wanted to be in.” Almost half a decade later, and this eureka moment is sewn up on ‘Stranger Today’. It’s the sound of three friends totally at ease in their own space, discontent with being anywhere else; a vibrant document of what it’s like to be young, invigorated and amongst people who feel the same. 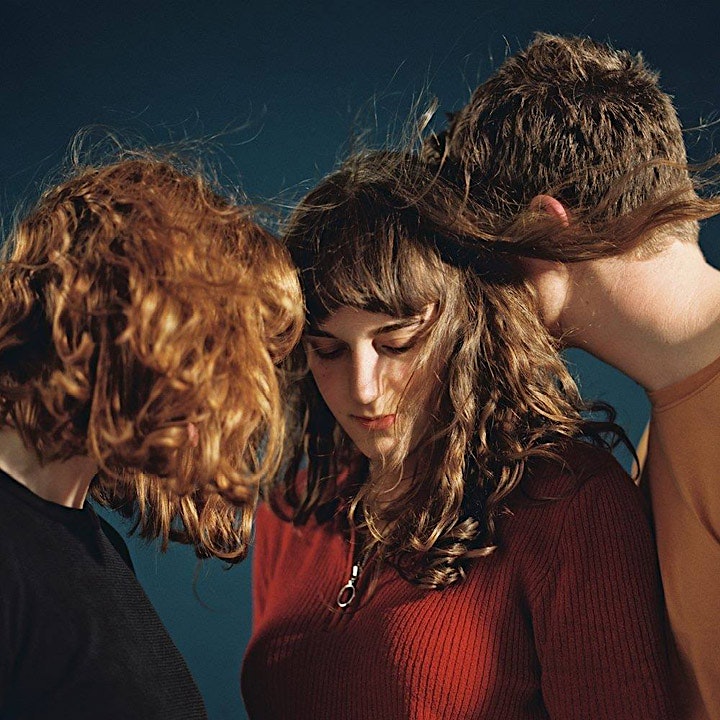